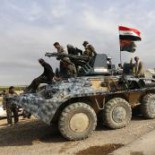 Viewing conflicts through the eye of Counterinsurgency COIN – Since 2007

Rather than ending the American war in Afghanistan, the military is using its wide latitude to instead transform it into a continuing campaign of airstrikes — mostly drone missions — and Special Operations raids that have in practice stretched or broken the parameters publicly described by the White House.
Western and military officials said that American and NATO forces conducted 52 airstrikes in March, months after the official end of the combat mission. Many of these air assaults, which totaled 128 in the first three months of this year, targeted low- to midlevel Taliban commanders in the most remote reaches of Afghanistan.
As early as January, when officials in Washington were hailing the end of the combat mission, about 40 American Special Operations troops were deployed to Kunar Province to advise Afghan forces that were engaged with the Taliban over a handful of villages along the border with Pakistan.

The Afghan Interior Ministry said in a statement on Saturday that 57 militants were killed and 35 injured during a series of operations carried out in the provinces of Badakhshan, Baghlan, Faryab, Ghazni, Helmand, Herat, Khost, Kunduz, Logar, Paktia, Sar-e Pol, Uruzgan and Zabul.

The statement added that two militants were also arrested in the raids, without mentioning whether there were any casualties on the side of the Afghan forces.

Taliban have not yet made any comments on the issue.

“Our enemies don’t have the capability to collapse any province or district,” Waziri said.

The Afghan president delayed his official trip to India by a few hours Monday to hold an emergency meeting with the NATO commander in Afghanistan and top Afghan security officials.

Presidential spokesman Ajmal Obidy said President Ashraf Ghani left for India late Monday afternoon, after he met with NATO’s US General John Campbell. Campbell said the NATO coalition and the Afghan government were working to prevent IS from sending weapons or fighters to Afghanistan.

Originally posted on How to Fight ISIS Online:
NEW DELHI: Afghanistan today thanked India for firmly standing behind it in the last two decades when the country was going through…

How terrorists enter Iraq and Syria

an expert in fake passports. He used a counterfeit French passport to enter Canada and apply for political asylum. While living there, he supplied fake Canadian passports to other Algerians. … Continue reading →

Ashraf Ghani seems to be the favorite candidate from what I have reviewed. He went to Columbia University where he got  PhD in Cultural Anthropology and Kabul University He was invited to … Continue reading →